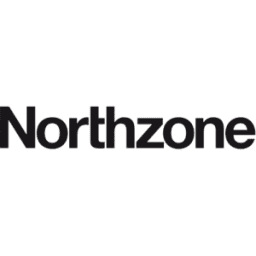 Rabo Frontier Ventures (“RFV”) has committed to Northzone’s brand new venture fund (Northzone IX). Northzone Ventures (“Northzone” or the “Firm”) is a leading European technology investment firm and has been investing in technology companies for 23 years. Northzone has a pan-European focus and operates from its bases in the UK and the Nordics.

Northzone’s investment team is widely regarded as being highly experienced with privileged access to some of the world’s best entrepreneurs. Northzone has a history of strong performance with many successful deals and exits such as Spotify, iZettle and Avito.

Northzone is an early stage venture capital fund, founded in 1996. It is one of the most experienced venture capital funds in Europe, and operates from its offices in Stockholm, London and Oslo. The firm also has a New York presence, and makes investments in select verticals in the US.

Northzone has raised 9 funds to date, and including the latest fund, the firm has raised a total of €1.5 billion. Over the past 2 decades, Northzone has invested in over 150 companies, including seminal names in European tech such as Spotify, iZettle, Klarna, Avito, Trustpilot, lastminute.com, Stepstone, Zopa and others.

Northzone’s focus is on disruptive technology companies and the fund makes investments across Europe and the US East Coast. The latest fund, Norhthzone IX, will back strong-minded entrepreneurs building category leading businesses in both the consumer and enterprise segments. The fund will invest at Series A and B stage, with selective seed bets also a part of the strategy.

“Northzone is a great partner and our commitment to their fund will give a good first indication of the fund of funds (FoF) strategy that we follow. This year we started with our early stage FoF strategy in order to generate relevant deal flow for our direct fund and to institutionalise existing relations with top performing VC funds. Our commitment in Northzone’s brand new venture fund marks the start of the execution of this strategy. Part of our strategy is also to leverage knowledge of Rabobank and to make it accessible for Northzone and its portfolio companies. Herewith creating a platform in order to add value to our VC partners and their portfolio companies. And vice versa Rabobank can learn from Northzone’s portfolio companies”

RFV is a €150 million investment fund of Rabobank, focusing globally on innovative Fintech and Agtech companies. RFV aims to invest directly in the early growth stage (series B) of companies that are disrupting or influencing the current business of Rabobank and invest indirect in leading general tech funds.